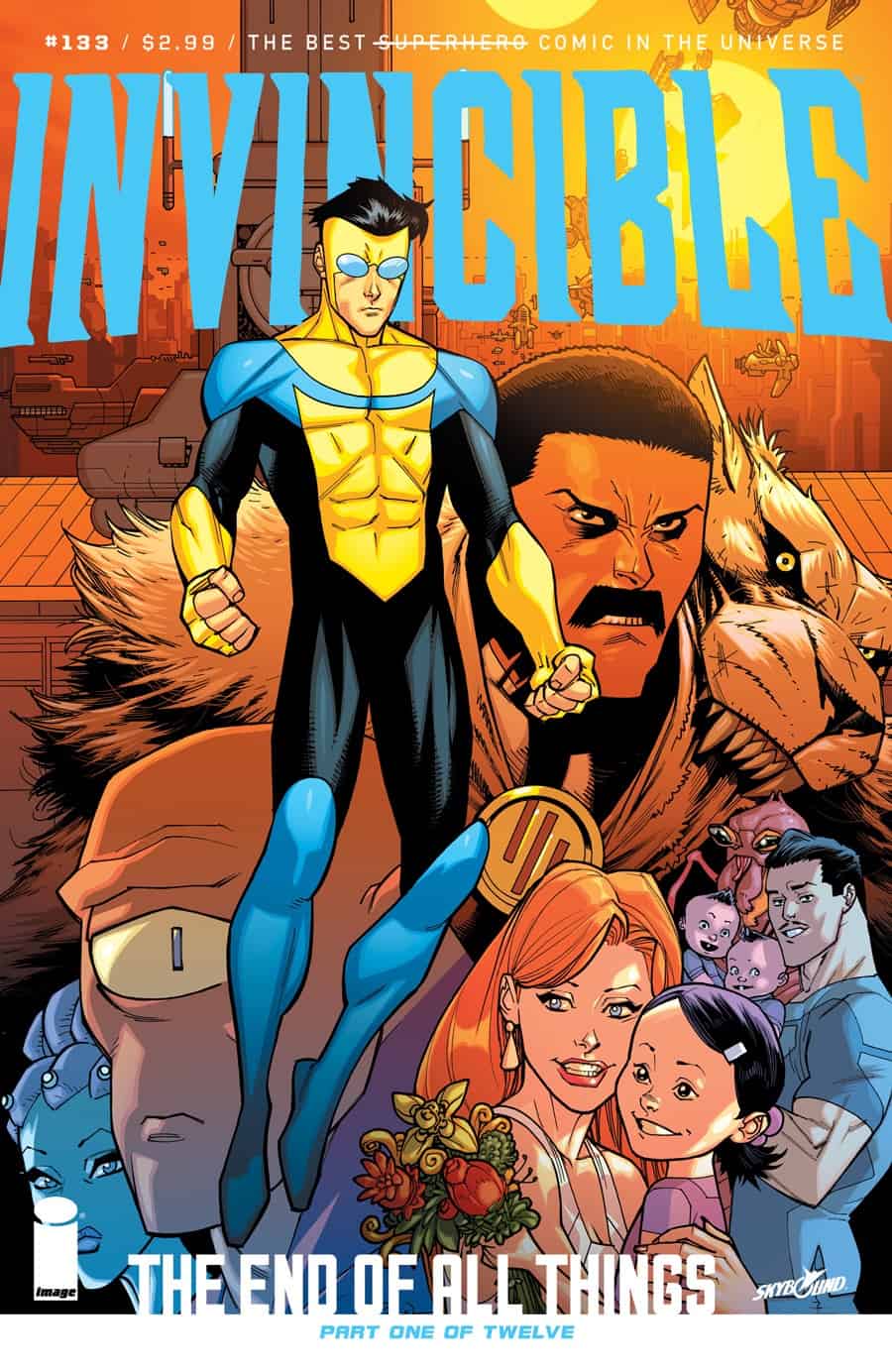 The first miniseries of this Image Comic (“the story of Mark Grayson, a normal American teen similar to everyone else his age…except for the fact that his father is the most powerful superhero on the planet. And what’s more, he seems to be inheriting his father’s powers”) has just wrapped up, but there are more Invincible stories to tell. And I for one am glad. I recently got to e-interview the series writer and co-creator Robert Kirkman. My thanks to Mr. Kirkman for his time and efforts. Enjoy. And after the interview, thanks to publisher Image Comics, go here to read Invincible #1 online.

O’Shea: As an adult, how hard is it to write a story about a teenager?

Kirkman: Not really. I’m only 24 so I like to think I’m still close enough to 17 to still remember what it was like. Besides, I could just fake it and get away with it… it’s not like there are any teenagers that still read comics.

O’Shea: Am I right in that you hope to inject a lot of comedy in this series?

Kirkman: Some, but not a lot. This book is all about the perfect balance of humor, drama, and action. It’s like somebody’s life, sometimes it’s funny, sometimes it’s not.

O’Shea: How much do you hope to delve into the mom and dad, and how they met?

Kirkman: Mark is the main character. We’ll see some back story on Nolan and Debbie but for now… the focus of the book is Mark.

O’Shea: How long has this book been in development?

Kirkman: Since May of 2002. Not very long actually.

O’Shea: Am I right in assuming that this concept (son of a superhero) could never have worked at DC or Marvel (particularly the post-Crisis DC)?

Kirkman: Well… we probably wouldn’t OWN it then so no. I think it could work in their universes… maybe. We’ll never really know.

O’Shea: When developing a project like this, how much of a character/series bible did you develop, or did you not wish to restrict yourself, and rather leave a lot of that unresolved so as to allow the series to evolve naturally (based on audience and editorial feedback over the coming months)?

Kirkman: Well. I just kinda worked out things in my head enough to where we could do the first issue. Deadline pressure and what not really prevents me from sitting down and working EVERYTHING out at once. It’s also more fun to come up with stuff as I go along. That’s not to say that I don’t have a plan for this series, I do… but I’m free to add things at the last minute and that’s a blast.

O’Shea: Looking at the remainder of Image’s superhero line, would you be interested in having a crossover, or do you think it’s important not to have the respective creator’s universes be forced to mingle this early in the game?

Kirkman: I wanted to set up our book on it’s own before we delved into other peoples characters. I’d like to eventually crossover with Firebreather and Venture… but I don’t know if a crossover with Clockmaker or Dominion would work. For now though… I’m just trying to get Invincible where I want it to be.

O’Shea: For folks like myself, who were introduced to you through Invincible, how is this book similar (or a departure) from your other major work, Tech Jacket? And if we enjoy Invincible, will we equally enjoy Tech Jacket?

Kirkman: Well, yeah. Tech Jacket shares the same tone as Invincible, but the subject matter is very different. Where Invincible is about perfection, Tech Jacket is about flaws. They are VERY different, but I think that anyone that likes one book will like the other.

Kirkman: I like good stories above all else… and kickin’ art really goes the final stretch to ensure a comic is good. In my work, I think my strongest point is my pacing… just because that’s what I’ve been complimented on the most. I don’t presume to think I’m great at anything. As far as improvements go… I’ve got a long road ahead of me, so I’d like to improve in ALL areas of comic writing… I mean, why not?