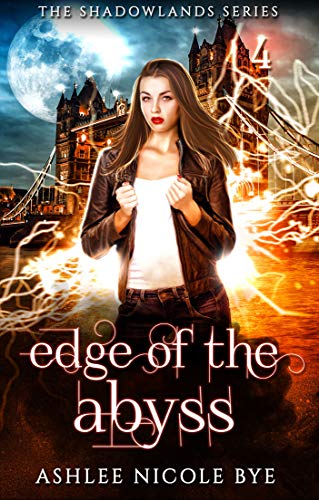 Just before the recent Code 6/Robert Salvatore DemonWars: Trial by Fire miniseries finished, I was able to e-interview writer Scott Ciencin. Fans of this genre and the DemonWars universe in particular should enjoy this interview. I greatly appreciate CGE’s Bill Rosemann in facilitating this interview, as well as Scott for taking the time to share his thoughts and time. Enjoy. Also be sure to keep an “eye” out for the next miniseries, DemonWars: Eye for an Eye, written by Scott, starting May 7, 2003.

O’Shea: How much of Robert Salvatore’s work had you read prior to joining this project?

Ciencin: I had read all the “cornerstone” works in Bob’s career to date, including the initial DemonWars trilogy. My familiarity with Bob actually began when we met at a convention at the start of our book careers. His Dark Elf novels in the Forgotten Realms fantasy series were doing extremely well and I had just been hired to work on the Avatar trilogy as Richard Awlinson. We’d remained great friends over the years and I was the one who ultimately put Bob and CrossGen together for this project.

O’Shea: Subsequently, did this project require a great deal of research, or given that you’re a novelist yourself, were you already pretty well versed in the subject matter?

Ciencin: Any time you’re dealing with a world that is being explored over seven very lengthy novels, you’ll have a wealth of detail to sort through. Fortunately, I work with my wonderful and brilliant wife, Denise, who is listed on the book as creative consultant. That means she’s the one in charge of keeping track of all the various races, the magic system, the history, the lands, etc. presented in the novels. She’s also suggested some terrific story possibilities. There have been many times during proofs that we all had to turn to her to make sure the details were exactly right.

O’Shea: Given that you are a novelist, what do you find to be the greatest difference in writing for comics versus writing novels?

Ciencin: I’ve always considered myself a visual storyteller first and foremost, so, no matter what medium I’m working in—books, comics, screenplays—I do all I can to find images and symbols that will convey what I’m trying to achieve. That said, and even though I’ve done some work for Marvel, DC and WildStorm, I’ve learned an amazing amount working with my editor, Ron Marz. He’s a stunning visual storyteller and the best teacher/mentor one could have in this business.

With CrossGen, one of the keys for a writer is letting each scene “breathe” visually, allowing the artist to truly transport the reader to lushly detailed special world, and Ron has really encouraged me to build these scripts in that direction. Also, with CrossGen, there is a greater level of hands-on input allowed the writer at every stage of the process (right up to the proofs before they go out the door to the printer), so the end result is a true collaboration in every sense of the word.

O’Shea: Creatively how do you and Robert break down the writing chores in the book?

Ciencin: It begins with my proposing what corner of his world I would like to explore, and then we discuss the races, religions, creatures, and conflicts inherent in that area, all the myriad dramatic possibilities. From that, I fashion a rough plot that we discuss further, adding one layer after another, exploring themes and character, then I write the issues and incorporate his feedback.

O’Shea: How enthused were you when you found out that this project would be the flagship/premiere series for CGE’s new independent line?

Ciencin: Being the first Code 6 book out of the gate was a thrill. My wife and I live three hours from CrossGen’s offices, so we get up before dawn and drive over there to attend the final proofs each month. The first one was packed—it felt like that scene from T2 for a moment: “How many are there?” “All of them, I think!” And that was great! We had the enthusiasm and support of everyone at CrossGen and that has continued each month. Ron Marz, Ian Feller, Gina Villa, Mark Alessi, Barbara Kesel, Chuck Dixon, and so many more have added so much to the process that there’s no way to thank them fully.

O’Shea: Now that you’ve got a number of issues under your belt (at least three have been released), do you have a favorite character or plot moment, or an element of the story that you’re most pleased with, upon reflection?

Ciencin: Far and away, the breakout character in this title is Grave Mungo, our nasty, unpredictable, creative, blood-thirsty redcap dwarf. Every scene with him has been pure delight. It’s like bringing a little Garth Ennis to fantasy comics. In fact, when asked to write an original short story for the trade paperback featuring the barbarian ranger Andacanavar (an actual character from the novels), Bob chose instead to write a kick-butt tale about Grave, because that little so-and-so is just so much fun. He went so far as to grant me editorial control over that story because Grave was my creation, which was very flattering…plus, it was easy work, because Bob’s first draft was such a winner!

O’Shea: Would you agree that this book targets and reaches an audience that isn’t your “typical” comic book reader (though as the industry branches out and diversifies there may be no such thing as a “typical” fan much longer, given the varied selection)?

Ciencin: The thing that’s crucial for this book is getting the word out that this is not a series of adaptations. Bob has written seven DemonWars novels, all of which tell a single story cycle, the tale of a protagonist’s life from childhood to old age. Trial by Fire, Eye for an Eye, and all future planned story arcs fit into the next phase of DemonWars original stories, in which we go back and tell brand new stories set before the beginning of the first book—but without the typical prequel baggage.

With the comics, there is only one character from the books, and in the novels, he’s a wise old man. We go back 50 years and show him as young, sometimes pig-headed, and very much able to make mistakes. Every other character is original, so they might make it from series to series, they might not, and with so many tales left untold in the books, the outcome in the comics series is anyone’s guess. So we want to draw the book readers who have long wished to see Bob’s work brought to movies or television (hey, with this, we have an unlimited special effects budget), and we also are looking to grab anyone who simply enjoys great comics.

This is fantasy adventure with a real edge, dealing with issues that parallel events in our world, rich with characters you’ll care about, packed with plot that explodes like a bullet and keeps you guessing. We have action, comedy, and, with the new storyline, a truly sexy feel that is sure to appeal to lovers of the classic Conan comics and anyone who’s looking for an exciting storyline with a definitive beginning, middle, and end.

O’Shea: In terms of your collaborators, what is the greatest asset that artist Ron Wagner brings to the project?

Ciencin: Ron is a fantastic designer. For example, it was his idea to render the giants as gaunt, wild-eyed predators, and that makes a lot of sense. Oftentimes, in fantasy, giants are portrayed as fat-bellied, lumbering brutes. Well…what are they eating? What’s making them so jelly-bellied? Look at the size of them! Particularly in the frozen north, food should be scarce.

On top of that, he’s a consummate visual storyteller and his characters truly act.

O’Shea: Are you pleased with the response you’ve been getting from the readers?

Ciencin: The response to the storyline has been incredibly favorable. I can’t wait to see how readers will react to the addition of Greg Tocchini, a very young artist whose detail work and evocation of never before scene lands and people is astounding. He’s one of the most dynamic storytellers I’ve ever scene, quickly moving up in quality to the Bryan Hitch level. Just incredible. Look for his art in DemonWars: Eye For An Eye #1 in May.

O’Shea: Do you consider yourself a bridge builder across different genres? Why I ask is that in researching for this interview, I ran across an interview you did with the BBC related to a Buffy-related comics project you did (where you slyly also plugged DemonWars). Do you think one way comics can build their audience numbers is with multimedia draws (such as projects like DemonWars)?

Ciencin: I’ve always worked in a variety of mediums and genres. I go with what’s interesting and fun, with anything I think I can bring something that is, hopefully, new and exciting to the mix. In the book world, it can work really well to build one’s name with licensed work and then bring out originals that will appeal to that pre-sold audience. Crossover between novels and comic books—really, between any one media and another—is something one can hope for, and truly benefit from when it happens, but, I believe, the best way to help that along is to produce great comics that stand alone and draw any audience because they look way too cool on the stands to pass up.

The ideal for me, and we’re already starting to see it, is to have 50% of the audience pick up the comics and then hunt down the novels, and vice-versa. Good storytelling and appealing characters can bridge any divide, and, based on the positive reviews from Comics Buyer’s Guide and Ain’t It Cool News—and from readers—that’s what we’re delivering with DemonWars…and it’s only getting better, more appealing, and more exciting as we go on!

O’Shea: Will you be doing more work with CrossGen in the near term?

Ciencin: I’m currently working with Ron on an upcoming issue of Scion as well as much more DemonWars—and I’m open to pretty much anything with CrossGen. This company is all about family, and I can’t express, nearly enough, how much it means to me to be welcomed into the world of these extremely talented and giving people.

O’Shea: Is there anything you’d like to discuss about DemonWars that I may have not asked?

Ciencin: Yes. Be on the lookout for the first DemonWars trade paperback, which is packed to the brim with extras, including a brand new art gallery, a thrilling short story by R.A. Salvatore featuring Grave Mungo, a stunning digitally painted cover by Brandon Peterson, and color illustrations for the short story by Butch Guice. And the first issue of the second story arc, “Eye for an Eye,” featuring mind-blowing art by Greg Tocchini and a very different direction for the series (this next one is filled with Arabian Nights meets Crouching Tiger, Hidden Dragon-style fun—demon djinns, magical martial arts wielding assassins, a harem girl/spy, and much, much more), is a perfect jumping on point for new readers! Both are listed in this month’s Previews, so check ‘em out and add DemonWars to your pull lists. You won’t be disappointed!

Improving the “Quality of Live” in CGI