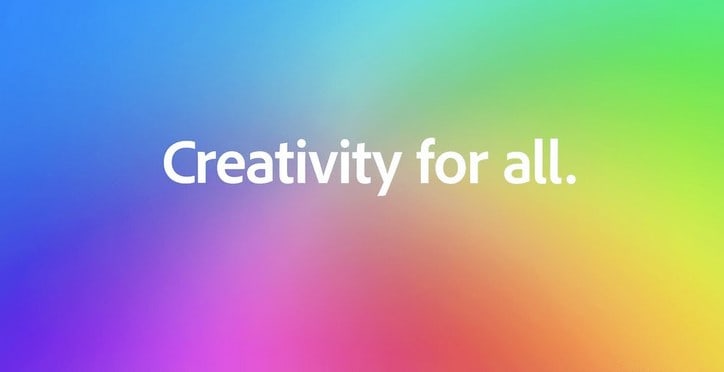 Sometimes my offhand opinions are wrong and in need of correcting (or being more informed). Such was the case when I first reviewed Michel Gagné’s Spore (the back-up tale that just wrapped up in Detective Comics). Fortunately, Gagné didn’t take my initial review personally and initiated a dialogue with me about his work. Seeing his Spore in the context of his other work (and realizing that the mainstream would do well to broaden what is considered mainstream) led to this recent column and then to this interview. My thanks to Gagné for his time and thoughts. After you read the interview, please be sure to check out his website. Enjoy.

O’Shea: How much has the SPORE piece attracted greater attention and interest in your work from circles other than what has been your typical fan base in the past?

Gagné: I had a booth at Seattle’s Emerald City Comicon, at the beginning of February (2003) and I think that’s when I started to realize that Spore was reaching a new audience that might not have been exposed to my work otherwise. People kept coming to me and saying “So you’re the guy who’s doing that weird back-up in Detective Comics” or “When I first saw Spore I hated it, but now I’m a fan”. The reaction to Spore has been quite varied to say the least. Some people love it, others hate it. I’m not sure if Detective was the perfect vehicle for it. I think it caught a lot of traditional Batman fans off guard. What I did with Batman is so radically different, it took some “getting used to” for a lot of people. I ran into Bob Shreck at that same convention and the first thing he said was “I love Spore!” I asked him if they’d received any death threats. He laughed and said “some people don’t get it, but they’re taking notice. It’s definitely getting a reaction”. So I guess they accomplished what they wanted, and I got to do the most insane Batman story ever. I’m cool with that.

O’Shea: Did DC editorial balk when you proposed the story you wanted to do with Superman and Batman?

Gagné: No, they were very supportive. Matt Idelson was my editor and he backed me up 100% throughout the whole project. I’d do my 8 pages a month and send him the final proofs and I’d get an email from him a few days later saying how blown away he was. I kept thinking that he would stop the madness at some point but he never did. I was truly given complete freedom.

When I originally pitched the story to Matt, there was no Superman. The man of steel came as an afterthought. You know, the whole Spore story was very much a free flowing, improvised experiment. That’s why I needed so much lee way from the editors. I’m glad they trusted me to pull this off even though it was my very first superhero work.

O’Shea: You’re a storyteller in several different mediums, ranging from comic books to philosophical graphic novels to animated films. Does doing different kinds of storytelling allow you to challenge yourself in different ways as well?

Gagné: For sure. My artistic work is usually a reflection of my current state of mind. I love to design monsters and aliens but I also like to challenge people intellectually or philosophically. I don’t take myself too seriously but at the same time, I’m very serious about my art. You see, art is my life. I live it, I breath it and I’m always looking for ways to stretch my wings.

O’Shea: You were recently nominated for a 2003 URSA Major Award for your book “A Search for Meaning: The Story of Rex.” How exciting is that for you and how surprised were you when you found out about it?

Gagné: I thought that was very cool. It’s always good to be recognized. This is the first time one of my books has been nominated for anything so I’m very grateful. The final award is given in April, so I’ll keep my fingers crossed.

O’Shea: You have a very unique view of the world, I think, and create quite interesting landscapes to your stories. How much does the environment you live in influence your art style? You recently moved from California to the Pacific Northwest. I was wondering if the change in scenery has influenced the way you approach your storytelling?

Gagné: I think the environment always has some kind of impact on an artist’s work. I lived in Los Angeles for 12 years prior to moving to Washington State last November. At first, I loved living in LA. I loved the energy, the art scene, the museums, the weather. The fact that the headquarters of the animation industry were mostly all within driving distance was a big plus. I really feel that LA helped me establish my career. But you know, after 12 years the place kind of dried up for me. I was having a really hard time getting inspired. I felt very disconnected with nature. With the passing years, my perception had shifted. What was once an exciting place became a smoggy concrete jungle.

The last couple of years I was in LA, I worked at home in my studio. I figured since my home is my workplace, I can really work anywhere I want. My wife and I went to the Pacific Northwest for a small vacation last summer and we just fell in love with the place. A couple of months later, we moved. It all happened very quickly.

Since I moved to Washington, I’ve had a total burst of inspiration. I’ve got so many things going on. Still, no matter how much stuff I’m doing, I feel like I’m out of the rat race. I go hike on trails with my dogs an hour everyday. I love it. Just being in the woods and looking at all the wonderful vegetation is truly inspiring. To any aspiring artist who would like advice on learning to draw, I’d say, take a hike in the woods and study nature. All the greatest secrets of design and composition are there.

O’Shea: Given all the mediums you’ve explored to express your artistic voice, including sculptures, CD covers, collage & ink, tattoo design and paintings, I was wondering is there medium you’d like try, but have not had the chance to yet?

Gagné: Maybe designing sets for theaters or concerts. That sounds like that would be fun. I’d love to do very artsy experimental short films. Who knows, there are so many doors to creativity. The problem is that you only have so many years on this planet, so you gotta choose where your efforts go.

O’Shea: In your animated short, Prelude to Eden, you opened with a quote from theoretical physicist Tullio Regge, I was wondering what other thinkers/scientists/people do you use for inspiration?

Gagné: My wife is my greatest inspiration. She’s totally smart in ways that I’m not. I think we complement each other pretty well, even though I drive her nuts a lot. My dogs are also very inspiring! As far as thinkers, I think Deepak Chopra is awesome. He changed my whole perception of spirituality. Artists like Jack Kirby, Picasso, Kandinsky, Oscar Fischinger, Yves Tanguy, Miyazaki, Moebius and many others are big inspirations that helped shape my views as an artist.

O’Shea: What’s on the horizon for 2003, will there be more issues of Zed or other projects?

Gagné: I have a new hardcover book called “The Towers of Numar” that’s coming out in June. It’s a mythical tale about the origin of the universe. It features a cute little alien named Meeka. This one has been in the works for at least 2 years. I’m glad I’m finally wrapping it up.

I’m working on an “adults only” graphic novel. It’s a very personal story, very edgy and definitely not for kids. Parts of it might run in Heavy Metal magazine. Kevin Eastman and I talked about doing something for his magazine and I think that part of this story would be perfect for it.

I’m also planning the next four issues of ZED which will wrap up the whole story. Issue 5 is already laid out. I just need to be in the right frame of mind to get back to it.

Although my involvement in the animation industry has lessened quite a bit from what it used to be, I still stay in touch, and work on projects that I find interesting. Last December, I got an email from Geendy Tartakovsky, the creator/director of Samurai Jack and Dexter’s Lab. He asked me if I’d be interested in designing the special effects for 20 three-minute Star Wars shorts films about the Clone Wars, he was directing. Being a big Star Wars fan myself, this was something I couldn’t pass up. That’s a project that will keep me quite busy for the next few months. The series will air on Cartoon Network this summer.

I’m also branching out in the toy and collectibles business. I signed a partnership with Sideshow Toys and Collectibles last November and I’m very excited about what we’re planning. The first line of collectibles is coming out in July, just in time for San Diego’s Comic Con.

O’Shea: Would you agree with my assessment that: “…as much as Gagné intentionally seeks to un-nerve the reader, in this story of Rex, he seeks to, on another level, endear the reader.” (https://www.orcafresh.net/Shea/sh010603.html)?

Gagné: Well, I think what’s endearing about the story of Rex is the main character. That little fox is so darn cute. When I created the character I tried to convey a sense of innocence and curiosity, and I think it clicked with the readers. The story is thoughtful and a lot of people can relate to it. I think everyone is searching for meaning in their own way, and they see themselves in that little fox.

O’Shea: Is there anything you’d like to discuss that I may have not asked?

Gagné: I think this is a pretty good interview as it is. And besides, we should keep some questions for next time…

“I like good stories above all else…”: An Orca Q&A with invincible’s Robert Kirkman

Improving the “Quality of Live” in CGI