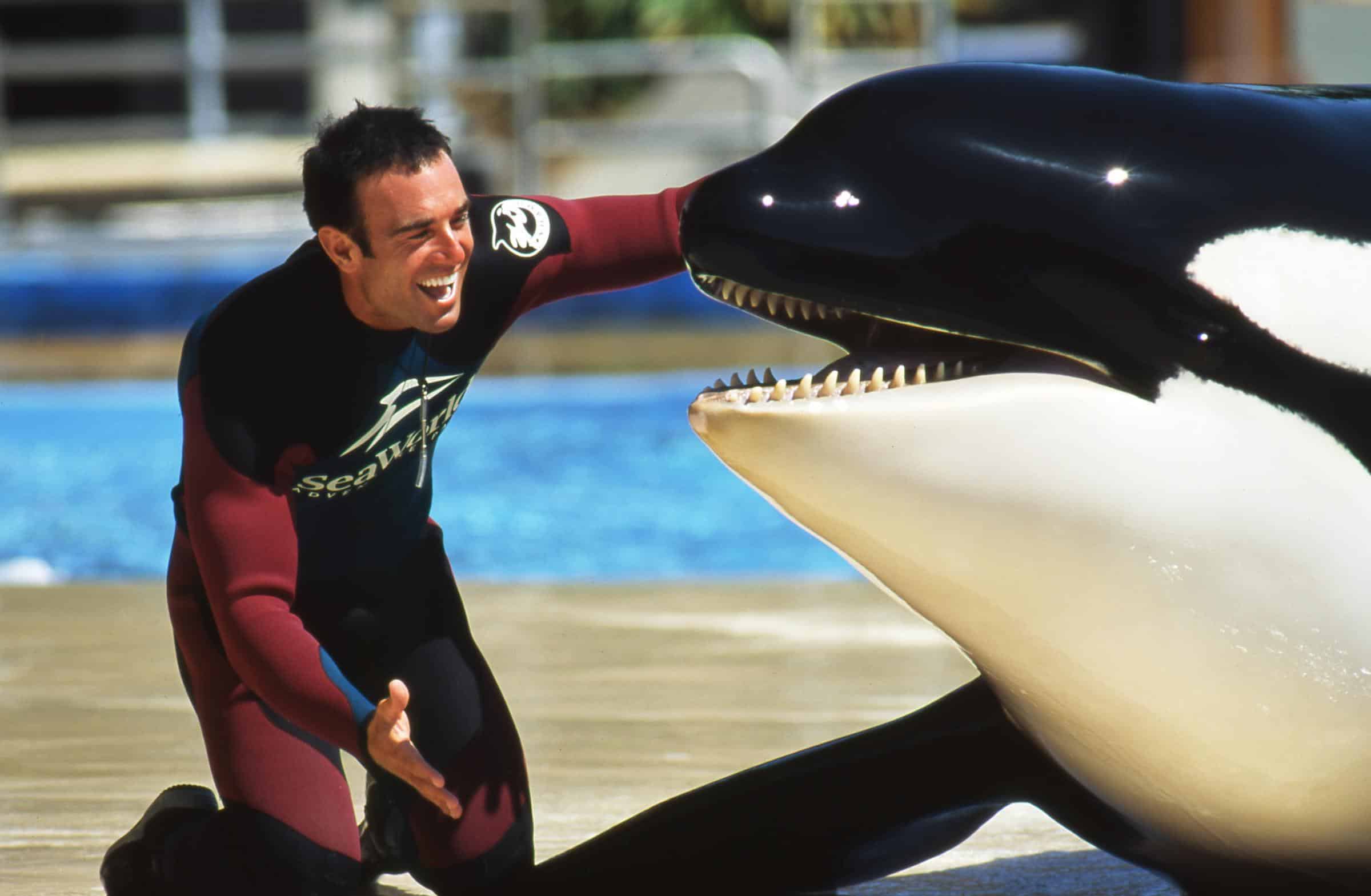 I need to do more interviews like this. While the writer and artist are important elements of comic book storytelling, the other roles are of equal importance (considering the failure in execution of any storytelling element can compromise the overall quality). With this in mind, I recently e-interviewed Robin Riggs about his skills in terms of inking and his other storytelling talents. I thank Robin for his time and thoughts. Enjoy. And please be sure to visit his website at http://www.soulmateproductions.com/

O’Shea: How does it feel to create in an industry where some of the readers don’t fully comprehend the demands/skills/role of an inker?

Riggs: It’s not something that bothers me at all. The way comic art production is broken up is something that I’ve always seen as an artificial subdivision of labor so you can’t really expect anyone not directly involved in the process to fully understand it. Inking these days is a very different game than it used to be anyway. In the past pencillers would work much looser than they do in general today. The inker would be taking an unfinished drawing and finishing it off. These days pencils can be like a gray finished page. It then becomes much more of a technical exercise. It’s been said that inkers are more like French Polishers these days, just bringing a slick finish to things. It’s still somewhat artistically satisfying for me though as there are things a good inker can bring to even the tightest of pencillers. Things that are just inherently easier to do in ink than in pencil like line weights. A pencil, especially the technical pencils most people seem to use these days, have a tendency to produce a deadweight line. Inking tools are far more flexible and let you vary the line width by quite large amounts very easily. It’s also easier to balance the distribution of solid black areas on a page when it’s a true black you’re laying down. It’s strange how things like this have become specialized bits of knowledge and technique in the US. Everywhere else it’s just considered part of drawing.

O’Shea: When I recently interviewed Claude St. Aubin he was quick to point out that while he may ink projects, he does not consider himself strictly an inker: “But you need to know something, I am not an inker. My goal when I started in the industry was to be the best storyteller that I could be.” Is that your goal as well, be it as inker or in another role?

Riggs: Oh, absolutely. Everything is there to serve the story. If I over render a page and it makes the reader stop to look at it when it’s not important to the story then I’m not doing my job properly. I think that with comics in particular that the way in which the story is told is often as important as the plot itself. You have to be aware of what the writer and penciller are trying to do with their narrative and try to work with it rather than against it.

I come from England where the tradition is for one person to do all the art and I still feel that there’s something intrinsically proper about work that has a single vision behind it. I think that comics are at their absolute best when you have someone like an Eisner, Miller or Steranko who can do the whole job themselves. I think that even when we’re working on what some see as production line comics it helps enormously to have as much understanding as possible of the other disciplines involved.

O’Shea: Also, I’ve seen some of your collaborations with your wife, writer Elayne Riggs. Would you like to do more penciling down the road? Any chance you and Elayne would consider self-publishing (through something like the new CGE publishing entity)?

Riggs: Pencilling, breaking down the visual storytelling is what I really like to do most of all. I’m always looking to do more pencilling and I have some very talented friends who are helping me get my act together and actually show some samples to editors. It’s been a long while since I submitted any pencilling work to the major publishers and inking tends to use a different set of “muscles”. There are some very common errors that creep into the work of inkers turned pencillers that I’m trying very hard to avoid. The most common of all is to go for the finish too soon. By that I mean rendering a hard, finished line before having the necessary construction fully worked out.

I love working with Elayne and we’ll certainly do things when our day jobs allow the time. Self publishing is something I’d love to do but in the current market it would be an incredibly hard way to make a living. Things like CGE may make it possible at some point but I heard they’re pretty much buried under submissions at the moment.

O’Shea: How hard is it to establish a rapport with your artistic collaborator when trying to strike a balance of allowing his or her work to show through your inking, and yet at the same time feeling like the work reflects your style as well?

Riggs: I always try to respond directly to what’s on the page. I feel that the better the pencils I have the better the ink job I can produce. It’s strange, the inkers I’ve always admired the most are those that bring an immediately recognizable presence to the work. Folks like Kevin Nowlan, Tom Palmer and Klaus Janson. I’d love to be able to work into pages the way that they do but I tend to be the more subdued polisher type of inker. Luckily for me there are quite a lot of pencillers that want someone who works that way.

O’Shea: How intimidated were you when you first had the opportunity to ink or otherwise collaborate with an industry giant (such as George Perez)?

Riggs: I only got to do 2 pages over George. It was an absolute pleasure to do it but I didn’t have time to be intimidated. As I remember I had to do the pages overnight and FedEx them out the day after I received them. Alan Davis is the only other person I’ve worked with who I’d put in the same league as George. Alan’s been a really good friend for way too long for me to be intimidated by his work. We’ve talked at such length about the things he does and why he does them that I have a comfort level approaching his work that comes from feeling that I have a pretty good understanding of what he’s trying to achieve on the page.

O’Shea: Looking back on your work to date, if someone wanted to find some of your best issues so far, where would you suggest they start?

Riggs: Luckily I think the latest work on the stands is my best so far. Thor #58 and Iron Man #64 both pencilled by Alan Davis.

O’Shea: Can you try to describe the sensation of getting to work on “characters remembered from my childhood, like Superman and Batman” Was it like a dream come true for you?

Riggs: Well I’ve never worked on the title books of those characters but they’ve wandered through stories I’ve worked on. With Superman it depends which version it was. If it was Superman Blue (or was it Red?) or when he had the long hair then it didn’t truly feel like it was the real thing. When Batman came into Green Arrow it was exciting. Dougie Braithwaite draws an outstanding Batman and it just seemed incredibly proper. Yes it was a lot of fun to work on a character that used to be on my cereal bowl when I was 5 years old.

O’Shea: Do you have a list of creators you would like to collaborate with in the next few years?

Riggs: Not really, not a realistic one anyway. There are the dream assignments of course. People who made me want to draw comics in the first place like Neal Adams and Bernie Wrightson. Just meeting them was thrill enough. If I ever got to work with them THAT would be intimidating. Someone like Brian Bolland but he’s been inked by even fewer people in his career than Alan Davis and these days he doesn’t even draw on paper anymore. Current folks that are still pretty much pie in the sky dreams like Adam Kubert. Joe Quesada, Jim Lee, Paul Smith and Phil Jimenez. It’d be nice to finally get to do something with Gary Frank. I’d break arms to work with Carlos Pacheco again. I’m sure at some point I’ll do more with Dougie Braithwaite but he’s been busy with Universe/Paradise X which Bill Reinhold has been handling very nicely. I’ve already done way more work with Alan Davis than I ever expected to. I’d love to do more but Mark Farmer would probably do me bodily harm. In theory I’d love to work with my pal Bryan Hitch but in reality I know I’m not really his type of inker and anyway he has Paul Neary who more than anyone taught me to ink. Why would you want to work with a student when you can work with the master? When I get my pencilling together it would be a dream to work on anything with Alan Moore, Neil Gaiman, Paul Jenkins, Mark Waid or Peter David.

O’Shea: After having worked with Peter David on Supergirl for a number of years, I was wondering would you like to do more work in comics that has an element of comedy to it?

Riggs: I think all the best comics have humor in them. Everyone focuses on the dark and grim aspects of Watchmen and Dark Knight but there were strong comedic elements. I don’t think unrelenting seriousness is in any way desirable. For me grim and gritty only really works when you have some light to contrast with the shade.