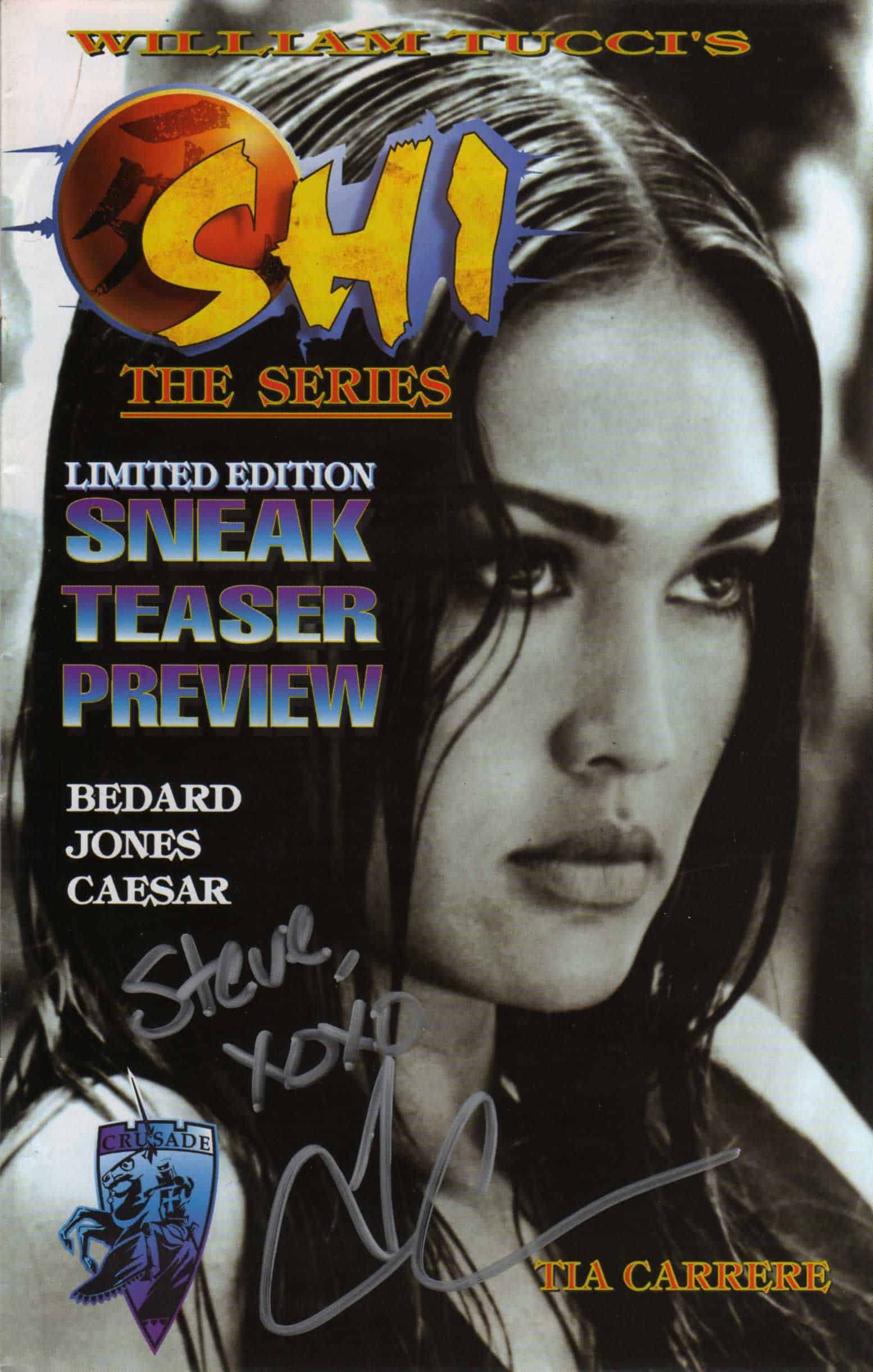 Shi has gone big budget, upping it from $15 million to $40 million. Tia, however, fitted to play Shi, is just not a big enough star for the movie executives. The first official announcement of the changing Shi came Saturday, April 29, at The Crusade Pizza Party.

So, who do they have in mind? “Mira Sorvino really wants to play her. She is a huge Shi fan,” hinted Billy Tucci, creator of Shi, “I needed to rewrite some parts of the plot to account for the nationality change. It has become a disturbing story. It’s very cool!”

When asked how he feels the Asian community will react to the altering of the character, the creator reflected his stress, “I don’t even want to think about the Asian market’s reaction to making Shi white. However, it has given me the opportunity to write some great character building scenes.”

Ideas for other roles have included Bruce Willis and Chow Yung Fat. The new budget may complicate things, but it does provide the opportunity to offer roles to big-name stars.

All of Shi’s fans are now wondering who will play the deadly maiden. Billy Tucci has meetings on May 10th to make some decisions. (If you have any Shi merchandise or posters featuring Tia Carrere, preserve them. We are talking serious collector’s items.)

Other developments in the world of Shi include plans for a Collectable Card game, possibly featuring a computer generated Shi, as well as a role-playing game. In September, a new three issue monthly sub-series will debut, entitled Year of the Dragon. Set in 1989, it will show-case an 18 year old Shi.

Billy Tucci has been training himself in the arts of computer animation and CGI technology. He is planning a video using a CGI Shi to debut in April 2001. Fans will be able to download a full action and music filled two-minute episode on a weekly basis, then the entire half-hour story will be available on regular video.

Billy is planning his Christmas cross-over and asked for suggestions. Everyone from the Crow to Batman were suggested. The most popular was Magdalena.

The Shi world is pulsating with new ideas and energy, like one of the climatic final scenes in the Shi movie. Billy described a haunting church seen of angels and warriors, flashing beams of light-arrows to kill a vaporous demon of death, all swirling around Shi in a violent internal battle of faith.

Sounds very cool, like the rest of the Shi universe.